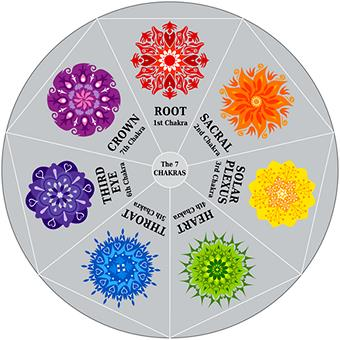 The word chakra comes from Sanskrit. It means "wheel of light, and that is exactly what a chakra is, a revolving wheel of energy that propels you through life. Although the chakras are not addressed during biology classes at school, they are just as important for your health and well-being as your physical organs. The main difference is that these organs are fully part of your physical body, while your energy organs - which include the chakras - are at the interface between the tangible and the spiritual reality.

Kundalini flows on its way up through it and activates them one by one. This means that a hidden feelings and problems to the surface, but is also taken negative energy away so that your inner light will be more visible. The chakras are located along the spine and are all associated with an endocrine gland.

The chakras are important, because they have a connection between the spiritual and physical sides of our being. A chakra affects not only the surrounding parts of the body, but also different emotional, mental and spiritual processes. For example, the first chakra is connected to the adrenal glands, the area around the coccyx, the rectum and genitalia.

If our first chakra healthy and is in a balance, we feel safe and secure. A dysfunctional first chakra, makes us susceptible to all sorts of problems, from money worries to a bad sexual relationship. The seven body chakras are as mentioned located along the spinal column, starting at the coccyx. This is the place where Kundalini is sleeping until he is activated.

The remaining chakras are located in the lower abdomen, the plexus solaris (solar plexus), the heart, the throat, the forehead and the crown. This last chakra, the crown chakra, is the final destination of the ascending Kundalini energy. How can a chakra function in this way? Although they are presented as wheels of light, chakras are actually more energy tracks that vibrate from the inside of the body to the outside.

They attract energy that has the same frequency and interpret it, and then divide it. The red energy band, the first chakra, only corresponds to 'red' energy. The second chakra is orange and only attracts 'orange' energy. If you could view your chakras with special glasses, you would be amazed at what you saw. Each chakra would look like a vortex of brightly colored energy, which was part of a larger palette. You would feel called to paint the world with every color, and that is precisely the purpose of Kundalini: to spread your light - in all possible colors - by living consciously.

Nadi's along the chakras 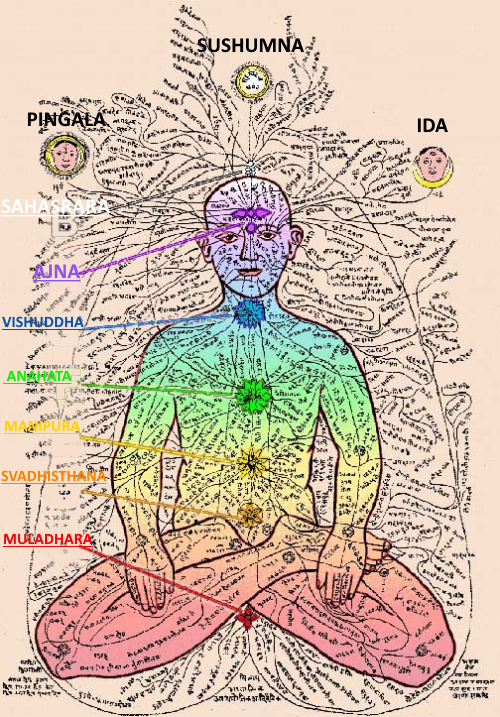 The Kundalini flows through a series of energy channels called nadis. This name is derived from the Sanskrit word nad ('movement') and the term nadi means 'flow'. Now you have a bit of an idea of what nadis are: energy channels that swing through the body and lead subtle energy to the chakras. The ascending kundalini carries prana, or life force, that strengthens both the body and the chakras.

The central nadi, the sushumna, run through the spinal column and forms the main route for the take-off of Kundalini. When Kundalini becomes active, it flows from the chakra at the base of the spine through this central channel. He branches to two other nadis, the ida and the pingala. The ida, which begins under the first chakra and ends in the left nostril, is considered a female channel. This is associated with energy management, serenity, peace of mind and psychological balance. The pingala, which is masculine in nature, also begins under the first chakra and leads kundalini and the prana to the right nostril. He is associated with the power, vitality, speed and constructive action. 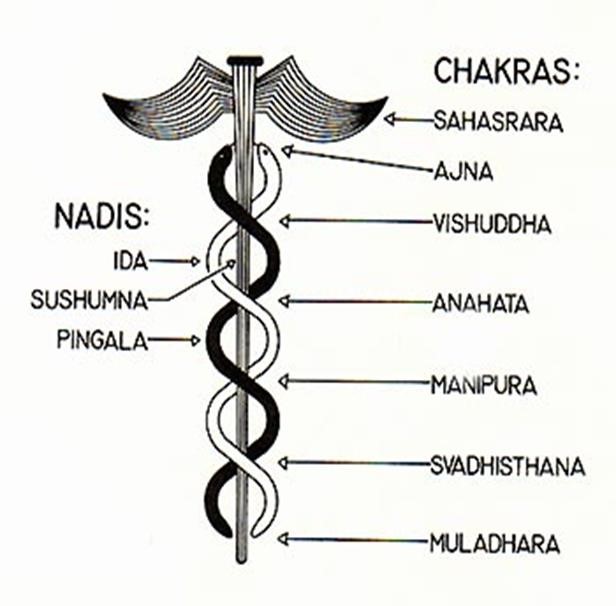 Because Kundalini stimulates the ida and pingala, the chakras are strengthened, but it has another effect. Kundalini activates our spiritual gifts, the divine qualities that bring us closer to the stars and at the same time ensure that we remain firmly on both sides of the earth.

Kundalini awakens our divine side, which also makes us more aware of the divinity of others. He activates the properties that are connected with the chakras, thereby promoting our physical and spiritual well-being. 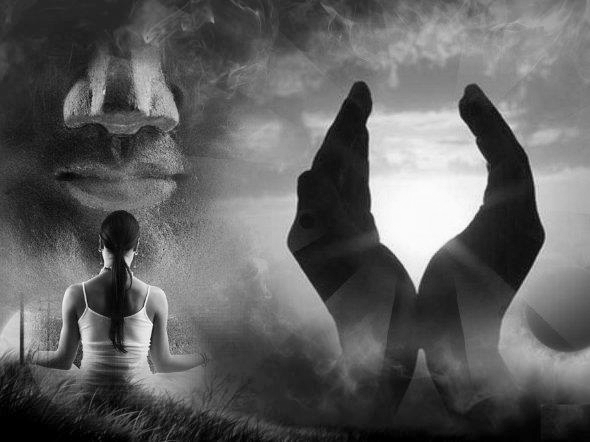 The chakras contain more than just blockades and bad memories: they also have a lot of good to offer. If Kundalini flows through a chakra, problems arise, but once they are cleared away, the positive effects become visible. When you light a lamp in a dark room, you do not only see unnecessary items: you also see things that you can use well.

Because Kundalini raises our chakra blockades and initiates a healing process, there is room to receive the gifts that are contained in each chakra. Now our efforts are rewarded. As a kind of response to our wish list, Kundalini is able to attract what is lacking in our lives. We receive things not only because Kundalini allows us to let go of fears that stand in the way of our primary needs, but it also strengthens the auric field, attracting what we need.

In every culture people are aware of the existence of certain inexplicable gifts. In the Christian world they are called the fruits of the Spirit, Aborigines speak of shamanic powers, and metaphysicians regard them as a paranormal phenomenon. In Hinduism they are referred to as' siddhis and described as divine powers activated by kundalini. These gifts do not originate from nothing: they are stored in our chakras from birth.

Each chakra has room for certain gifts, which remain largely hidden until they are awakened by Kundalini. Climbing Kundalini liberates us from earthly concerns and limitations and strengthens our intuition, so that we experience new ways of looking, feeling and understanding.

Kundalini clears away clutter and reveals innate abilities that we have not been aware of so far. We can then use those gifts to reach the higher goal for which we are on earth. Does Kundalini make it difficult for you at times, remember that there is a good reason for that. There is always a higher plan, even though we are sometimes not aware of it. What kind of gifts is it exactly? You will find out in the description of each chakra on the following pages of the site. 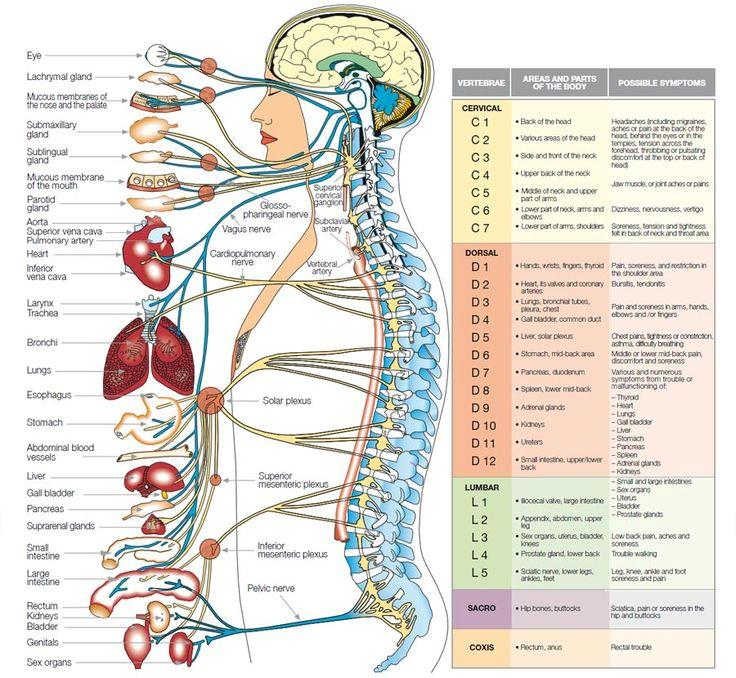 The chakras так же are connected to the spine and various nerve nodes. The climb of Kundalini through the chakras stimulates the central nervous system and also influences the brain functions.

Parts of the brain such as gyrus cinguli (a region in the middle of the brain), different parts of the cortex and prefrontal cortex, the parietal brain lobe and the thalamus are responsible for emotions, aggression, thinking ability, creativity, speech and orientation ability. In short, they determine our social functioning. Also the brain waves change under the influence of Kundalini exercises.

For example, a test showed that the alpha waves became stronger during meditation as a result of Kundalini breathing techniques. Alpha waves normally arise when one relaxes and closes the eyes: they stimulate the meditative consciousness, telepathic abilities, the intuition and spiritual consciousness states.

The meta brain waves are the key to higher forms of consciousness and are associated with special phenomena such as tranc, self hypnosis, subliminal learning, astral movement, lucid dreaming, channeling and clairvoyance. 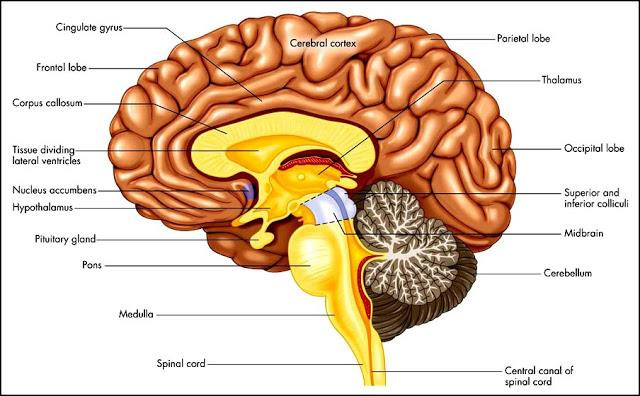 What does this mean for us? Kundalini has a favorable influence on our autonomic nervous system, so that in the long term we no longer have to consciously deal with self-repair. Our body will function more naturally and take care of itself.